Discover Your Authentic Self…

Hypnotherapy is simply a relaxed state of focused concentration. No one “gets stuck” in hypnosis. No one can make you do anything you don’t want to do. Forget the stuff you’ve seen on TV. There’s nothing magical or weird about hypnosis.

Think of a fresh, juicy lemon. Now imagine that I’ve cut it open, and all the juice squirted out. Did your mouth water? Good! Then you just hypnotized yourself. Wasn’t that easy?

By using hypnosis, Awareness Therapy, Mindfulness, and other scientifically proven techniques, you can uncover the underlying causes of your problems.

For more than 17 years, I’ve helped people just like you conquer the compulsive thoughts, beliefs, and behaviors. Scientific research proves that hypnotherapy is more effective than psychotropic drugs to treat anxiety disorders and depression.

My hypnotherapy sessions can help you lose weight, stop smoking and put an end to sabotaging addictive behaviors. I make an MP3 to reinforce each session.

I have a Master’s Degree from UCLA and an Undergraduate Degree from the University of California at Berkeley. I worked at UCLA’s Neuropsychiatric Institute for four years and did the field research that became the Diagnostic Statistical Manual (DSMIII-R).

I also did six years of Jungian dream analysis training at UCLA’s NPI. On top of that, I had ten years of old-fashioned talking therapy – traditional psychotherapy or “complaining therapy.”

Stop complaining to yourself. Stop feeling that you’re not good enough! You can become healthier, happier and proud of yourself.

If you ready to change, I can help you. Call me! 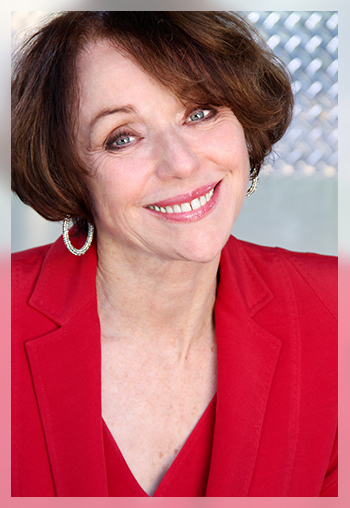 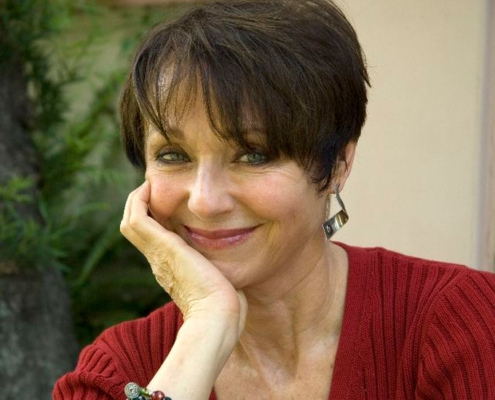 I hold an undergraduate degree from the University of California at Berkeley and a Master’s degree from UCLA. Before writing, “Love From Both Sides – A True Story of Soul Survival and Reincarnation,” My life was filled with more exciting challenges than a summertime thriller.

For instance, at 19 years old, I almost died but had a classic Near Death Experience. I saw the golden light and got “pulled back” totally against my will into a body that full of pain. After four years of traditional medicine, and 60 mg.of prednisone a day, which was crippling me, I was forced to find an alternative way to healing myself of systemic lupus that had attacked my heart, lungs, kidneys, and my joints. I managed to find a way and my body healed.

In my 20s and 30s, I worked as an actress in New York, and also drove a taxi in Manhattan for seven years, and I lived to tell about it. In the 1980s, I did some episodic TV and also worked for UCLA’s Neuropsychiatric Institute. There, I did research that proved the brain’s amazing power to heal the body. I’ve used this knowledge to help my clients heal themselves.

At 42, I met the love of my life! He asked me to marry him on the 4th date! Romantic, yes? And I said, “Yes!” They were definitely “soul mates.” Unfortunately, he died in her arms 12 years later, that’s the story behind my book “Love From Both Sides.” Her book asks the question, What happens when you meet your soul-mate, but he reneges on the soul-contract…

How Hypnotherapy & Past Life Regression Can Help You!

I’ve had years and years of professional training and experience, and I’ve worked as a hypnotherapist in Los Angeles for more than 17 years.

He had the whole class close our eyes, and then with his deep melodious voice, he used a simple, standard hypnosis technique.  He led us down fifteen steps in our mind’s eye, and we all relaxed our bodies, part by part, breathing deeply all the while. Hypnosis 101!

Then he suggested that our left arm would rise as if held up by hundreds of helium balloons.  Magically, my left arm floated skyward. That was the first time I was consciously aware of being hypnotized.

But, just like you, I’d been hypnotized for years by the most insidious form of hypnosis that exists:  TV, print, internet advertising, which is called:  subliminal suggestibility.

Hypnosis or Hypnotherapy could be called the Science of Suggestibility because by using focused concentration, which is what hypnosis is, you can learn how to undo years of sabotaging “suggestions.”

Suggestions from TV, the Internet, and Social Media advertising that constantly give you the message that you are not enough.  The most destructive sabotaging suggestions come from your own family.  Those are the “messages” that run your life and ruin your happiness.

Once again, the sabotaging message is:  You’re not enough!

You name it; your brain will brain will believe it, if it comes from your mother, father, sister or brother.  You can change these sabotaging beliefs with hypnotherapy.

This work can help you love and accept yourself and find your authentic self, your core self.

The newest brain research proves that the power to heal emanates from within.  Once you believe that you can do it, your body takes over and makes the changes that you suggest.  Become the boss of your life!

Past-Life Regression uses hypnosis to heal on a soul level. I trained with the world famous Dr. Brian Weiss, and I use his experimental techniques to help my clients discover their true purpose.

On top of Hypnosis and Past Life Regression, I use Cognitive Behavioral Therapy, the most effective, scientifically proven technique to treat depression, anxiety, and addictions.

Hypnosis along with CBT works more effectively than drugs to help people lose weight, stop smoking and get free of drug use because it trains you to recognize and avoid the triggers that cause the addictive tendencies.  (Oh, and love is an addiction!)

CBT also contains a motivational component so you can learn to congratulate yourself on taking extreme care of your own body and mind.  Begin now to prioritize your happiness over pleasing other people. You can do it!

So if you keep asking:  Why Am I Here? Why Am I so Unhappy?

Why not find out?  The answers lie within you.

I can help, but you have to make the first step.

What My Clients Say

Stephanie is the best!

I saw her almost 2 years ago and meeting with her still has a great impact. First few sessions with her you do a “guided meditation” after about an hour of discussing whatever you are working on. The meditations are recorded and sent to you to listen to daily or anytime after. They are the best-guided meditations I’ve done, I love that it’s completely personalized for me. She recommends books to read and listen to which was a big part of the help that came from my sessions with her. I still re-reread and recommend many books she introduced me to. I found her because I needed to work on myself and I had just read “Many Lives Many Masters” which made me very interested in past life hypnosis. Stephanie is an amazing resource to have.

The combination of talk therapy, hypnotherapy/meditation, [optional] past life hypnosis paired with the homework- reading, journaling, home meditation practice is WORLDS more effective (and more fun) than solely traditional talk therapy, prescription pills, self-medicating, or holding everything inside could ever be.

Stephanie Riseley is an honest lifesaver in my case.

I was an absolute wreck and had seen the best Dr’s in the Los Angeles area with no help at all to the problems I have having with my anxiety, stress and most of all my digestive system. Through intensive hypnosis therapy and amazing book recommendations, she turned me from someone who was in constant pain and having no idea why into the true authentic self I am aiming to create daily today. I cannot explain the help she provided me with. Feel free to ask any questions. I have recommended MANY of my friends and family to her already for help with stress, trauma, relationship problems or just about anything that you are struggling with. Any questions please ask away. If this woman cannot help you get to the bottom of it she will point you in the direction of what can.

Stephanie has been such a positive influence in my life.

I feel like I go to every session with one issue and come out with solutions to problems I hadn’t even addressed yet. She will always keep it real with you, which I appreciate. She is AMAZING, would recommend her to anyone for any issue. 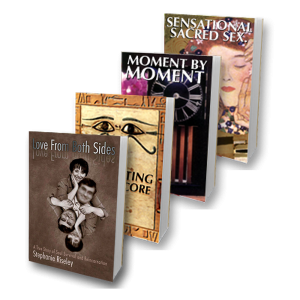 Get them all…  purchase all Three Cobalt Blue eBooks and receive my book “Love From Both Sides” absolutely for FREE! 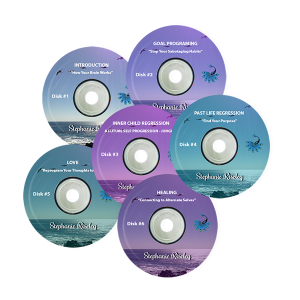 When you order the complete series, I’ll also include a special audio on  the most requested subject I’m asked about ABUNDANCE

Hypnotherapy | Past Life Regression | Reincarnation | How it Can Help